Here’s an example that I recently came across on the campus of the University of San Diego: 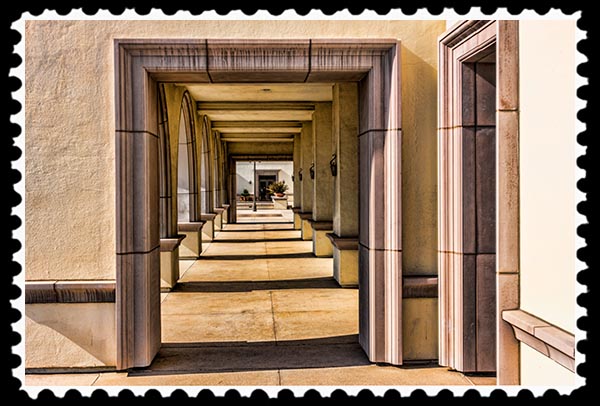 As you can see, “infinity architecture” is when a specific item is repeated within the picture, getting smaller and smaller, to infinity, the deeper you go into the picture. 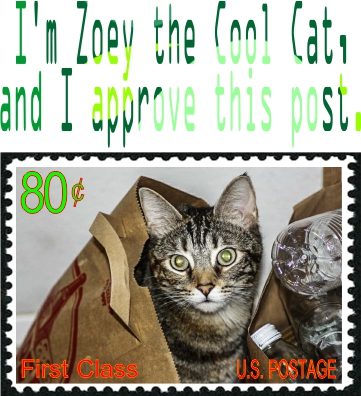 Since we finished exploring San Diego Historical Landmarks #1 and #2, I had to go out and about to get pictures of #3.

Landmark #3 is right next to #4, so I was able to get two sets of pictures in just one trip. Yahoo for saving gas!

As I wandered around #3 and #4, which have awesome views from up on high, I saw across the way this structure: 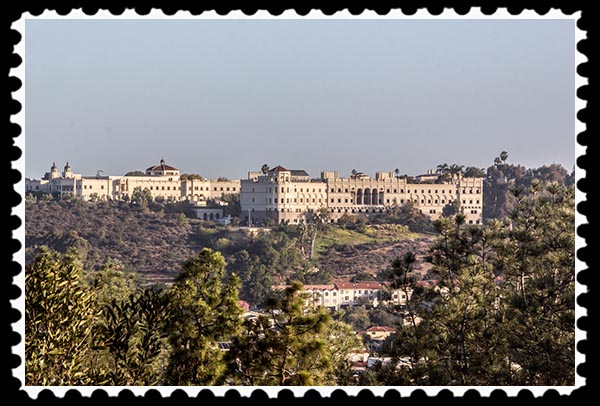 That is part of the campus of the University of San Diego, a private Catholic-affiliated university of about 5,500 students founded in 1949.

Looks kind of like a fort. Imagine a fort manned by men and women who are mostly 18-22 years old. Hmmm. Sounds just like the United States military….

To take that picture, I was standing at the site of the Presidio: 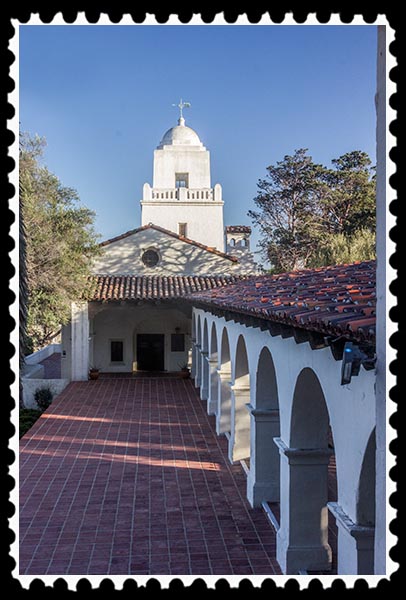 The Presidio was built in 1769 and was the first permanent European settlement on the Pacific Coast of the present-day United States. It was the base of operations for the Spanish colonization of California. It was a fort.

There are no structures left from the original Presidio. What often is referred to as the Presidio, shown above, is actually the Serra Museum, built in 1928-29 on the site of the original Presidio. It is named after Father Junipero Serra (1713-1784), founder of Mission San Diego de Alcalá, the first mission in California, and eight other missions.

The Serra Museum was built by George Marston (1850-1946), a wealthy department store owner. He had bought Presidio Hill with an intent to preserve the site. The building was designed by noted San Diego architect William Templeton Johnson (1877-1957) in Spanish Revival style to house the collection of the San Diego Historical Society. (For more about William Johnson, see San Diego Historical Landmarks #1, part 6, part 8, and part 10.)

Marston donated the museum and surrounding park land to the city of San Diego in 1929.

Sadly, city budget cuts during the Great Recession caused the Serra Museum to be unstaffed and closed. Those cuts have not been fully restored, so the Museum is open only on Saturdays and Sundays from 10:00 a.m. to 5:00 p.m.. That’s where I will be in a few of days in order to get more pictures of San Diego Historical Landmark #4.

PICTURE OF THE MOMENT

Tecolote Canyon is a popular birding area. Since it is right below the University of San Diego, it is also a popular jogging and biking area.

Here is a couple on their morning jog: 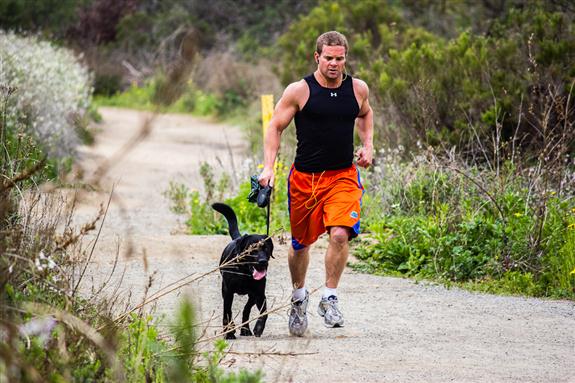 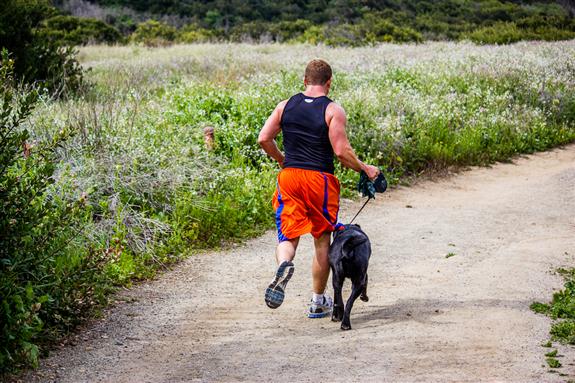 So to look like him all I have to do is get a dog? 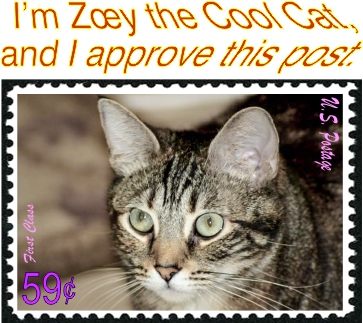 People think that living in San Diego must be great for photography, or at least for photographers and their equipment since it’s rare that we get wet.

Having lots of sunshine, though, presents other problems. Excessive glare comes to mind.

However, even though we have lots of “days” of sunshine, “days” is defined differently than you might think. “Days” for the San Diego PR people simply means that the sun comes out sometime during the day.

During May and June we have May Gray and June Gloom. That’s when the marine cloud layer often doesn’t dissipate until well into the afternoon. While there are lots of great places and things to photograph, the ugly, dreary, oogy, blah! May Gray will give you pictures like this one of the University of San Diego: 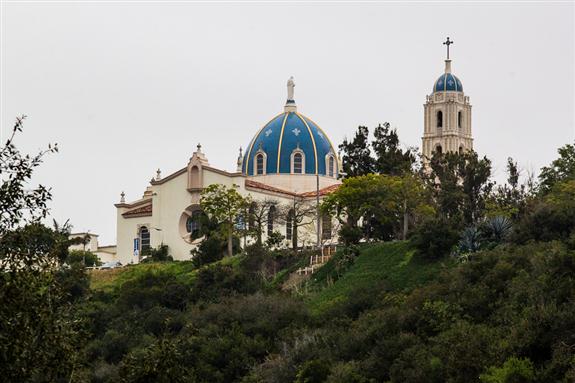 I always get a kick out of the photography snobs who say they get the best picture they can in the camera and would never think of using something like Photoshop to do anything other than minor contrast work.

I took that picture to Photoshop CS6, found me a nice blue sky with some clouds and came up with this: 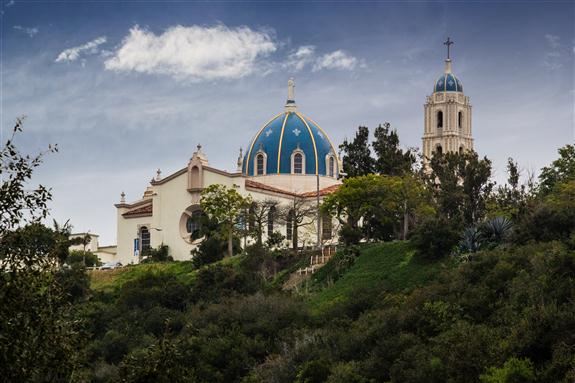 I’m getting much better replacing skies, but if I didn’t tell you what I did, would you know? If I gave you the 109 MB TIFF file, you could still see some areas that are a little shoddy, and I’m working on my skills in those areas. For a 57KB Internet picture, though, no one would ever know. Well, maybe San Diego natives would know if I told them I took the picture on a May morning…. 🙂 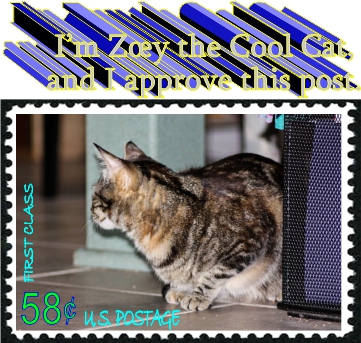