As I listen to music in my collection, certain songs remind me of certain people from my past. I thought it would be interesting to feature some of those songs for today’s Music on Mondays.

I met Barbara at the Thomas D. Dee Memorial Hospital in late 1965 when I had been placed in their “troubled youth” program. Barbara was from Bakersfield, California, also a troubled youth. She was near 18 whereas I was 10. She introduced me to The Beatles, and “Help” was my favorite song. Still is near the top of my list of favorite Beatles songs.

“Something’s Wrong With Me” by Austin Roberts was a hit in October 1972. Reminds me of Mark.

Mark was the first guy that I had a crush on. I as 17 and supposed to be interested in girls. Wasn’t working. Something was wrong with me….

Mark worked at the Exxon station across from the railroad yards, and since my granddad worked on the railroad, I had no problem hanging around the railroad to watch Mark across the street. I went to Mark’s wedding in 1984 or so…. a bittersweet event.

It took until 1993 before I realized that absolutely nothing was wrong with me. I simply had different interests….

“Pieces Of April” by Three Dog Night was a big hit in November 1972.

“Pieces Of April” reminds me of Sarita, one of my closest female friends from high school. She lived not far from me whereas Mark lived on the other side of town. One day Sarita walked to my house and the two of us walked to Mark’s house. As we were walking down one of the city’s major thoroughfares, I was singing songs. Sarita asked if I knew “Pieces Of April.” I did (of course; I knew all the hits!), so I sang it for her.

“In My Life” by The Beatles reminds me of Lynda.

Lynda was the second girl I dated, and I sang “In My Life” to her in high school on Valentine’s Day 1972. In December 1973 I asked her to marry me. Her dad, a Southern Baptist preacher, said no. Smart man……… 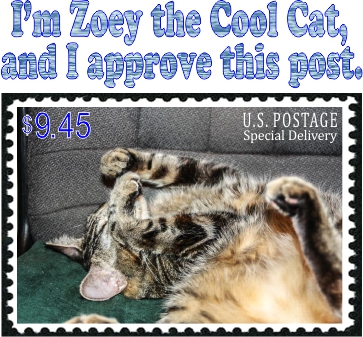 Today would have been my mother’s 84th birthday. She died in February 2012. She put me in a troubled youth/adoption home (Thomas D. Dee Memorial Hospital in Ogden, Utah; picture at right) in 1965, which is how my wise old grandmother (my dad’s mom) came to adopt me. I was one of Utah’s greatest juvenile delinquents, and without my mother’s action, I’m pretty sure I would be dead at the hands of a Utah police officer or spending life in prison. I was that bad. So I thank my mother for that. I also had only seen my mother twice since 1965, once in 1968 and once in 1998, but in her elderly years she did start sending me birthday and Christmas cards.

The only other thing I thank my mother for is my interest in music. At one time she was a piano and organ accompanist for the Mormon Tabernacle Choir. She taught me piano beginning at age two, and when I enrolled in first grade, she required me to take up another instrument; I chose violin.

After my wise old grandmother adopted me and moved me from Brigham City, Utah, to Kingsville, Texas (where I had been born), I continued playing the violin but had to give up the piano. We were too poor to afford a piano; violins were much less expensive.

For Christmas in 1970, my wise old grandmother gave me a reel-to-reel tape recorder. Actually, I think Santa Claus left it for me, but Santa Claus is a fairy tale just like the Easter Bunny, the Tooth Fairy, God…. all fairy tales. The tape recorder sparked my interest in collecting music. By March 1971, I had recorded from radio all the Top 40 hits. My collecting was in full swing.

Since I listen to my music collection in chronological order, I listened to those three albums (and several dozen others!) this past weekend. Here is a song from each album:

“Changes” by Black Sabbath
(not a typical heavy metal song!)