Many millions of years ago (10,000 years ago if you’re a Republican rightwing religious nut), much of downtown San Diego and the coastal areas were swamps. Think Florida Everglades. In terms of annual rainfall now, San Diego, with a mere ten inches, is defined as a desert. That’s called climate change.

When I came to San Diego in April 1993, a news exposé announced that Los Angeles had accomplished its goal of concreting all of its natural river channels. Many of the San Diego powers-that-be wanted to accomplish the same thing. Here’s an example of a concrete river in San Diego: 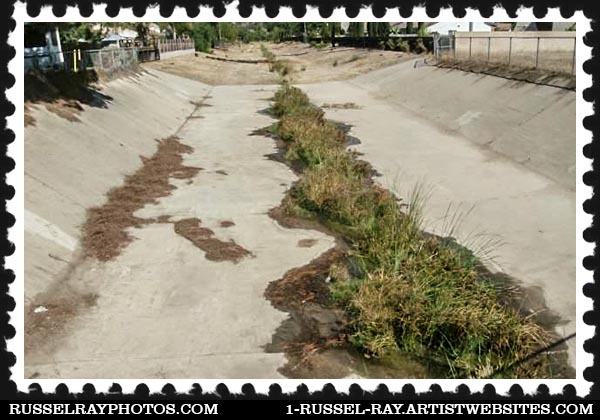 Along with river channels, estuaries and coastal swamps throughout Southern California were being drained and filled so that we could have new homes, strip shopping malls, freeways, and water parks like Mission Bay. SeaWorld San Diego is built on what once was a huge marsh; thus, many of our marshes and estuaries will never be returned to us.

Fortunately, we now know that concreting the rivers has a significant effect on the flow of water, causing the water to flow faster. When the rainfall is too great and the channels fill up, which often happens, and flood, fast-moving water causes more damage than slow-moving water. Turns out that the river vegetation, such as cattails and reeds, not only soak up the water but they slow it down, providing a lesser opportunity for the water to undermine nearby buildings and infrastructure. The soil itself also soaks up water, something that concrete doesn’t do very well.

We also know that the marshes and estuaries are critical to the well-being of the environment, including the fauna that feed and nest in them, and the flora that provide food and shelter for the fauna. All up and down the Southern California coast, cities and counties are taking steps to return the marshes and estuaries to their natural states, and it’s a joy to visit them.

Recently I visited the San Elijo Lagoon Ecological Reserve. With 915 acres, it is one of the largest remaining coastal wetlands in Southern California. 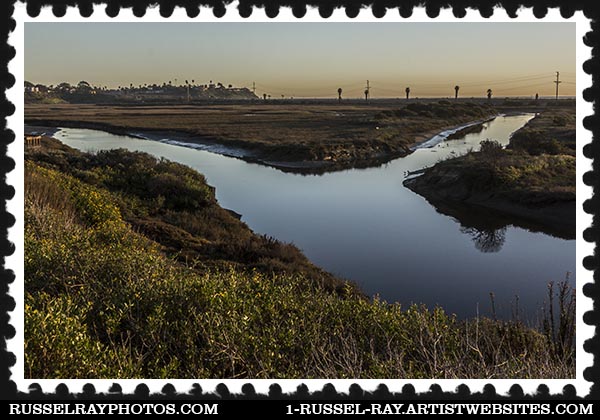 Between 1880 and 1940, dikes and levees were built that allowed duck hunting, salt harvesting, and sewage settling ponds. The construction of the Santa Fe Railroad in 1887, Pacific Coast Highway 101 in 1891, and Interstate 5 in 1965 each required supporting berms that restricted natural water circulation and the influx of ocean saltwater.

The lagoon’s mouth, which is where the Escondido Creek meets the Pacific Ocean, is at Cardiff State Beach. The mouth is mechanically dredged each spring after the winter storms to restore the tidal circulation between the lagoon and the ocean. 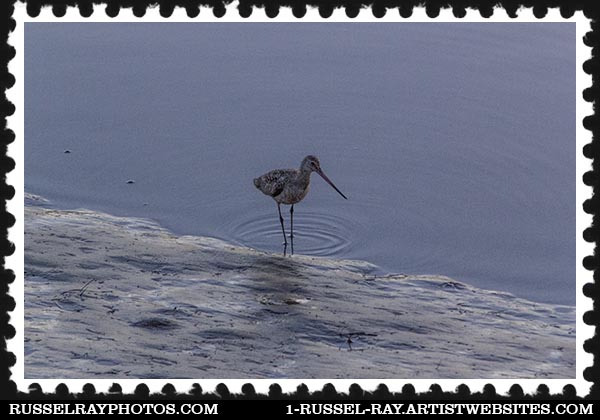 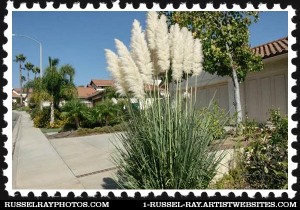 Native plants have been restored and invasive plant species removed, important since many organisms rely on native plants for food and protection. Invasive plants, such as pampas grass (picture►) and castor bean, upset the ecosystem by crowding out and out-competing native vegetation.

Monthly bird counts have identified about 40% of all bird species in North America using the lagoon at various times of the year. There are 6 plant communities (coastal strand, salt marsh, riparian scrub, coastal sage scrub, freshwater marsh, and mixed chaparral), more than 300 species of plants, 23 species of fish, 26 mammal species, 20 reptiles and amphibians, more than 80 invertebrates, and 300 bird species. Some of Southern California’s most endangered species, many of which occur nowhere else on the planet, make the Reserve home. 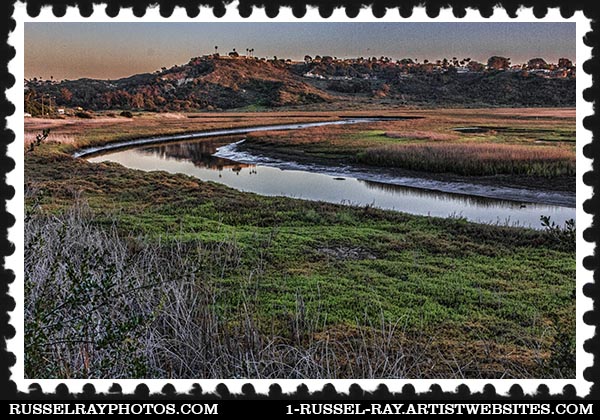 The 5,600-SF visitor center opened in the Spring of 2009 and is Platinum-Certified by U.S. Green Building Council’s Leadership in Energy and Environmental Design (LEED). It was built using recycled materials; relies on solar energy, natural light, and ventilation; has irrigated roof plants; and uses recycled water for landscape irrigation. 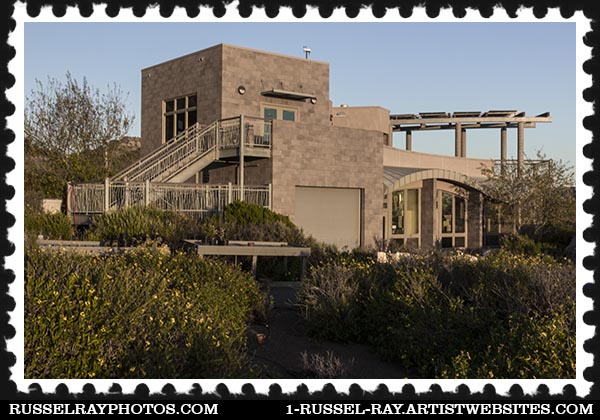 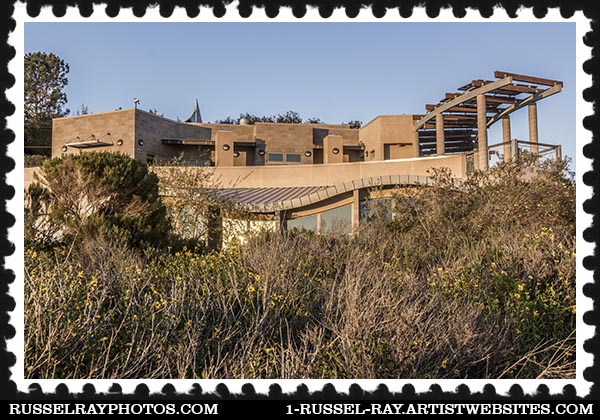 There are 8 miles of trails, open from dawn until dusk. There are no restroom facilities on the trails but there are lots of places to sit and relax. 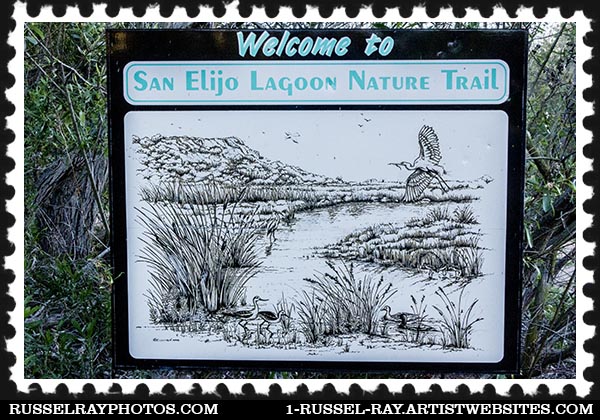 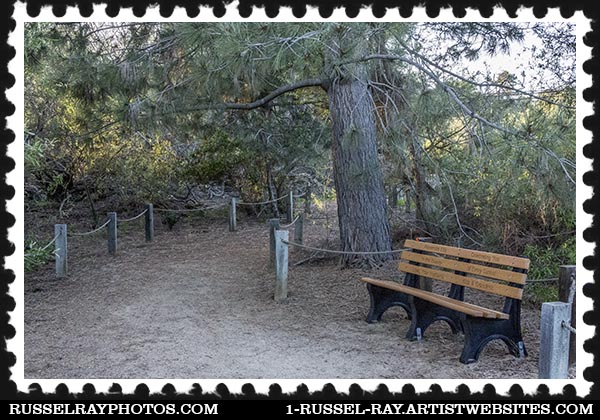 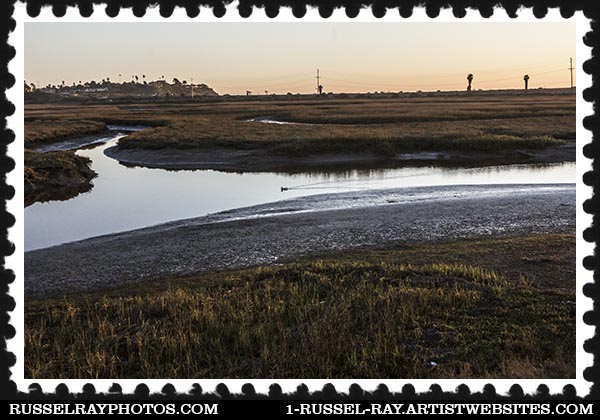 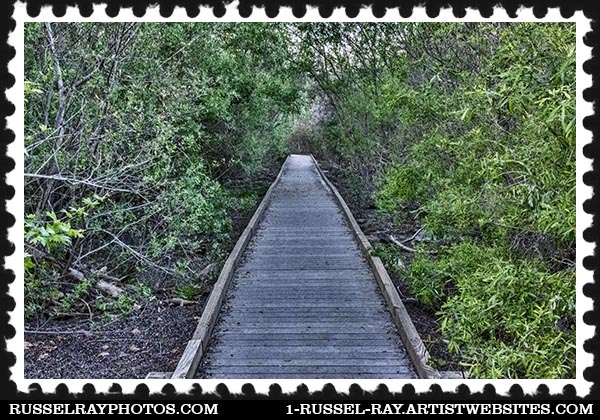 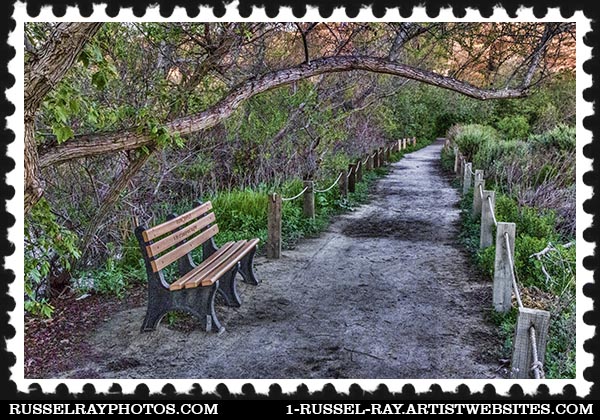 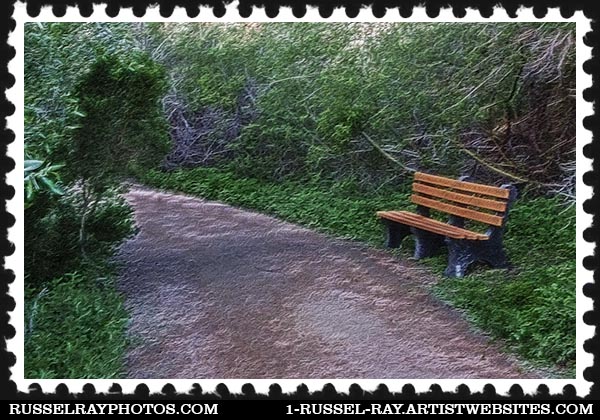 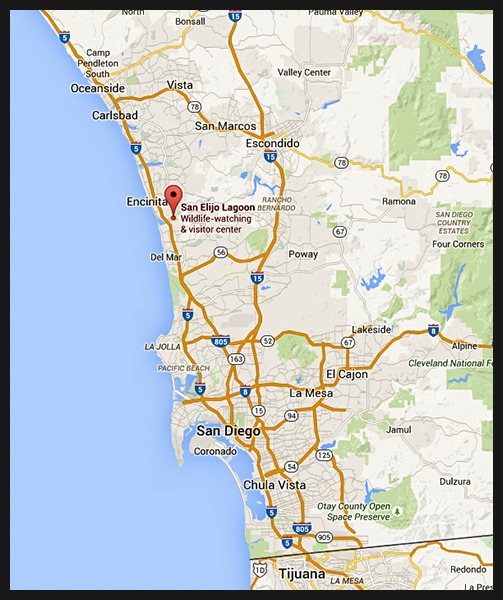 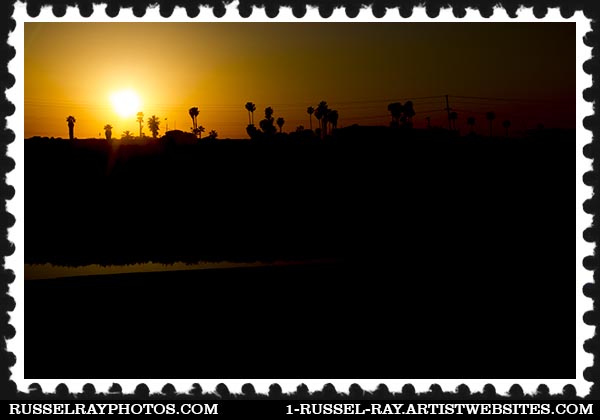 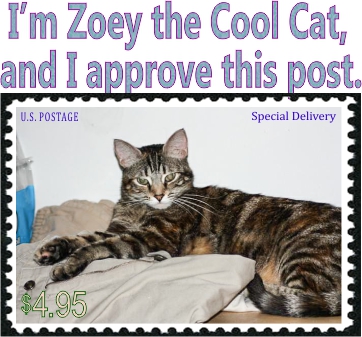 I remember the first time I heard the word Lagoon. Such a funny-sounding word. I was 7 or 8, living in Brigham City, Utah, at the time, and we were going to Lagoon, which was an amusement park in Farmington, 44 miles south of Brigham City and 17 miles north of Salt Lake City.

One of the schools that I will be teaching at this term is a new school for me. Whenever I have a new school, I get there early to find parking, check out the neighborhood, get through the school’s security protocols, and find my room. This time, I got there way too early. I think many people were still on end-of-year vacation, so freeway traffic was very light.

As I was driving around the neighborhood looking for photography subjects, I found a little cul-de-sac with lots of brush, trees, and a little trail. Ah, trails. I just can’t resist trails. I parked the car, grabbed my camera, and went for a little hike.

I had not gone too far when I saw a couple of signs: 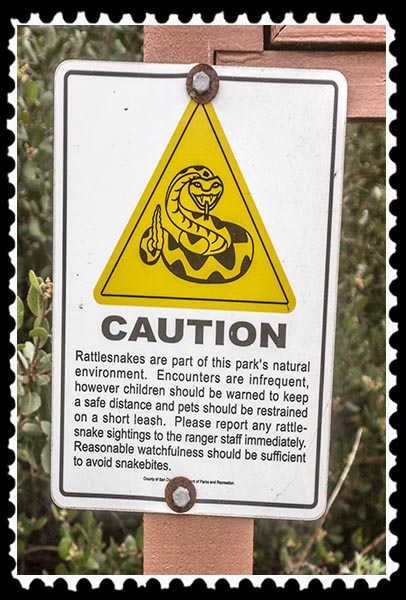 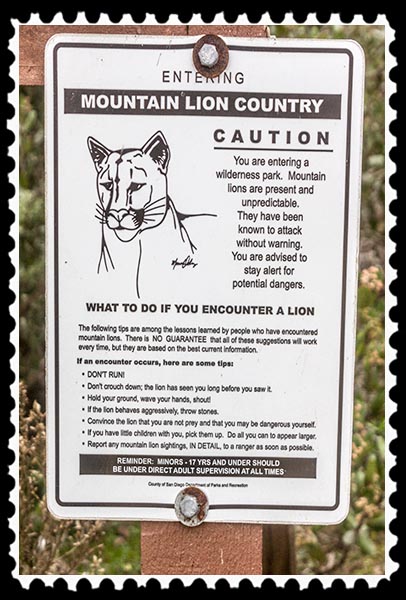 I saw several rattlesnakes and one mountain lion: 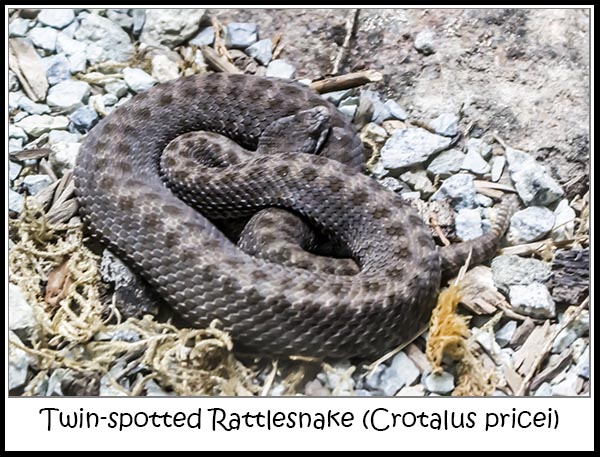 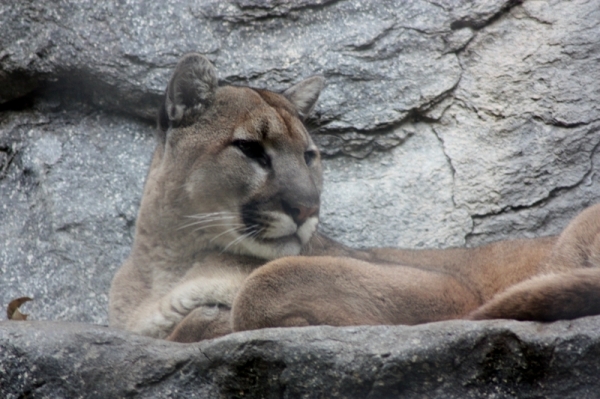 Sadly, the rattlesnakes and mountain lion that I saw were at the San Diego Zoo the next day. That’s why I love the Zoo and SeaWorld—I get to see wildlife that I would never see otherwise.

I didn’t hike very far because I could see that the trails seemed to go on and on and on. (Hmmmm. Maybe the Energizer Bunny is out there somewhere.) I couldn’t get lost in the menagerie and not make it back to school on time to teach chess to that wildlife known as “rugrats.”

I did come upon a lonely bench, which turned out to be very photogenic: 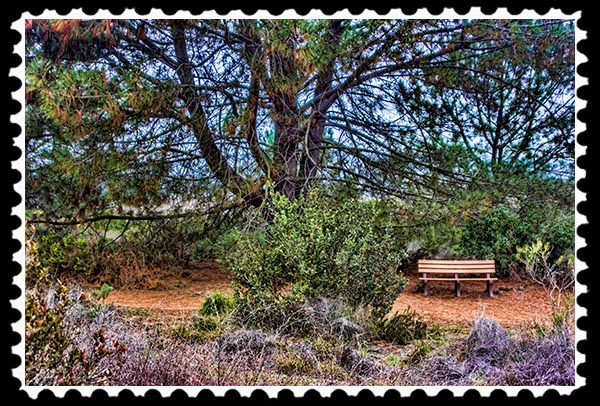 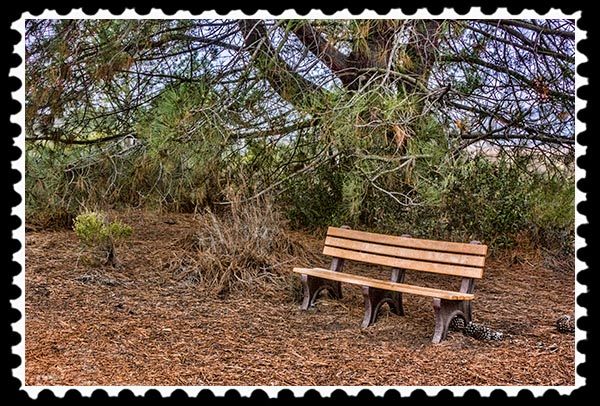 When I got home, I used Google Maps to determine that I was on the outer edges of San Elijo Lagoon Ecological Reserve.

San Elijo Lagoon is part of the Escondido Creek Watershed, comprising about 54,000 acres, stretching from the foothills to the coastline. It includes the last remnants of an imperiled coastal scrub habitat connecting the northern and southern parts of a globally important ecological region. The coastal scrub habitat is vital to the persistence of some of Southern California’s most endangered species, many of which occur nowhere else on Earth.

All of which means that, of course, I shall be making a more extensive visit sometime soon.

This post approved by
Zoey the Cool (Book) Cat 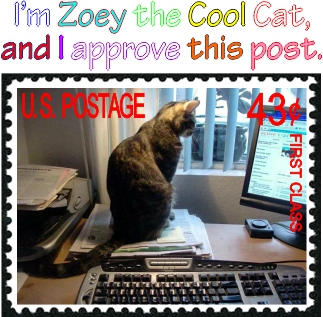