My Lost On A Desert Island music collection would have 28 songs from 1967 on it, 12 by The Beatles. Sadly, original Beatles songs are not available as videos on YouTube. Seems to me like someone is losing a lot of money since YouTube pays royalties when one watches a video.

I tried making private Beatles videos but it takes a while to make them and even longer to upload them to YouTube, so I’m giving up on that venture. In future Music on Mondays posts, I’ll just list the songs by The Beatles and you’ll have to search them out on your own. Here are the 12 from 1967:

Following are the other 16 songs from 1967 that I would take with me if there were a possibility of being lost on a desert island.

Harry Rag by The Kinks
From the album Something Else

Windy by The Association
#1 hit on the Billboard Hot 100 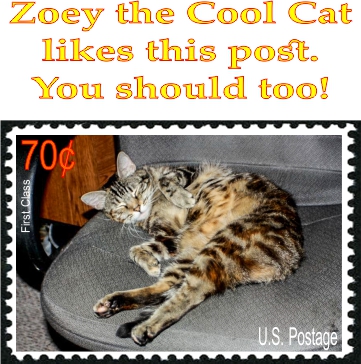 Today happens to be the birthday of Theodor Seuss Geisel, more famously known simply as Dr. Seuss. In honor of Dr. Seuss, today is also National Read Across America Day, a reading initiative created by the National Education Association. Although Geisel was born in Springfield, Massachusetts in 1904, he died right here in La Jolla in 1991.

Geisel and his wife, Helen, moved to La Jolla shortly after World War II, and it was from La Jolla that he wrote his most popular works:

Sadly, Geisel’s first wife, Helen, committed suicide on October 23, 1967, over her husband’s affair with Audrey Stone Dimond, whom he married on June 21, 1968. Geisel had no children with either of his two wives, but he and Audrey spent almost a quarter of a century contributing to literacy nationwide, as well as the programs of the library at the University of California San Diego.

Geisel died of throat cancer on September 24, 1991, and on December 1, 1995, the University of California San Diego renamed the University Library Building to the Geisel Library in honor of Audrey and Theodor Seuss Geisel. It ranks as one of the most unique buildings in San Diego. Here are some pictures that I took on March 2, 2011: 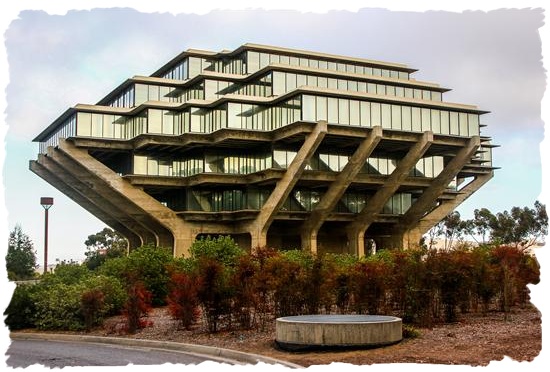 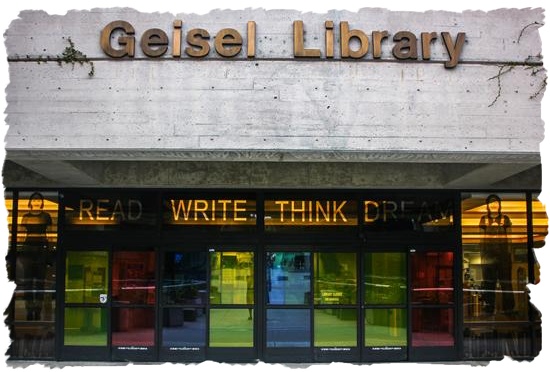 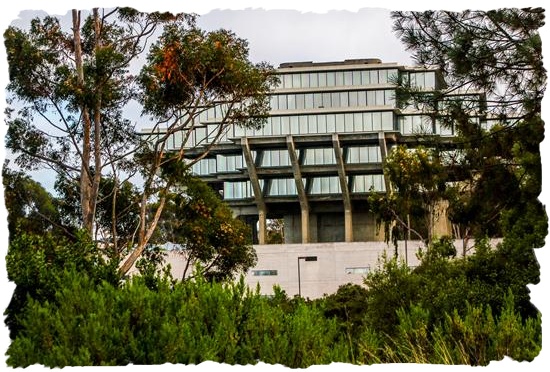 Since it is a skyscraper, one would not think to go down in order to go up: 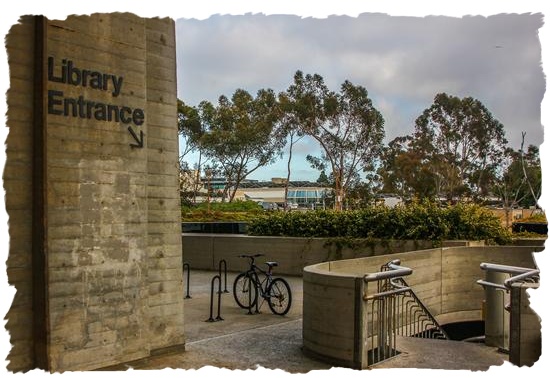 Parts of the library are actually underground. I didn’t realize it until I was leaving the library, but this part that I was walking on is the roof of part of the library: 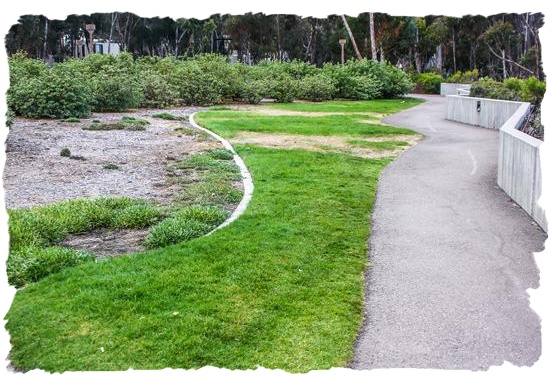 The crooked wall you see at the right in the picture above looks like this: 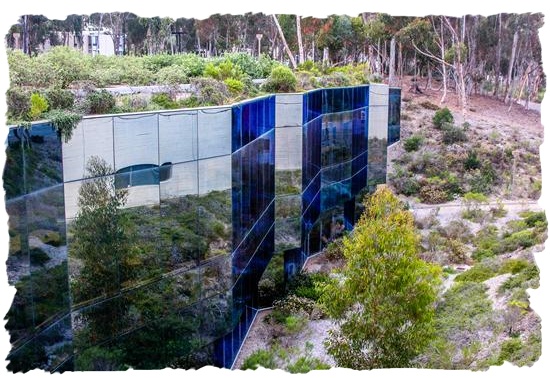 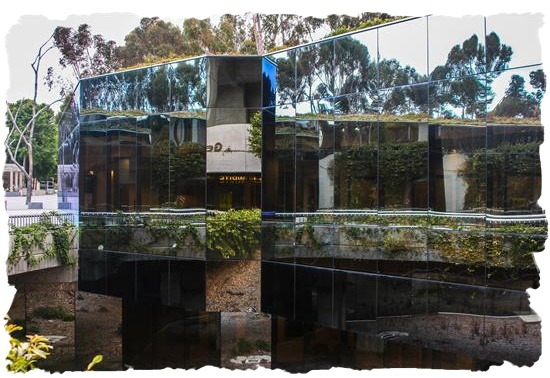 Interestingly, there was a Dr. Hans Seuss who also lived in La Jolla at the same time. Dr. Hans Seuss was an internationally renowned chemist and nuclear physicist, and a founding faculty member of the University of California San Diego in 1958. The United States Postal Service confused Dr. Hans Seuss and Theodor Seuss Geisel, regularly delivering to Dr. Hans Seuss mail that was addressed to Geisel’s Dr. Seuss. 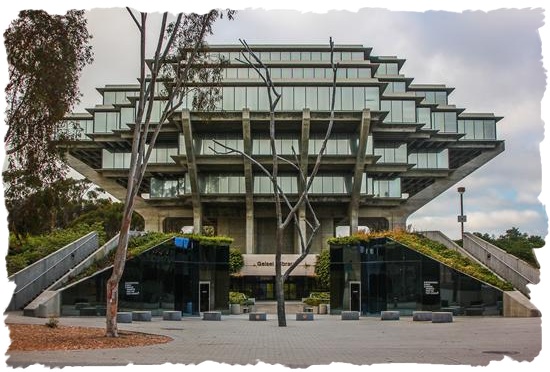