I joined the Internet as soon as it was available because previously I had been connected from Texas A&M University to co-workers at other universities like Wisconsin, LSU, Georgia, Washington, Washington State, Oregon, and Oregon State through the ARPANET, the Advanced Research Projects Agency Network.

Although ARPANET was run by the United States Department of Defense, it wasn’t so much a defense network per sé as it was a way for researchers throughout the nation to connect with each other in writing without relying on the U.S. Mail.

With ARPANET, though, to the best of my knowledge after forty years, we had a little privacy. Such is not true with today’s Internet. Searches using Google, Bing, and Yahoo, are great examples.

If I ever thought that my little ol’ blog here was just an out-of-the-limelight set of musings, I realized very early after starting to blog in July 2007 that such was not the case. It got to the point in 2015 where I could publish a blog post and, within just a couple of minutes, my post would be indexed by Google and Yahoo. Because I don’t publish as often, it will take over an hour for this post to be indexed.

And now we have Facebook. If, after the Facebook fiasco, anyone thinks their information is private, well, I have news for you. I’m thinking that there needs to be a sequel to the 2010 movie, “The Social Network.”

I have always loved pictures of raindrops on plants but I never was happy with my own pictures. That was the purpose of me buying the Tamron 90mm Macro lens several months ago. I just wasn’t happy with the raindrops pictures I was getting with my Tamron 18-300mm lens, which didn’t completely surprise me because it’s not a macro lens.

My gardens have had over 13 inches of rain in 2018, and that has allowed me plenty of opportunities to get pictures of raindrops on plants. Here are five of my favorites:

#1 — Raindrops on Sprenger asparagus fern (not a true fern) 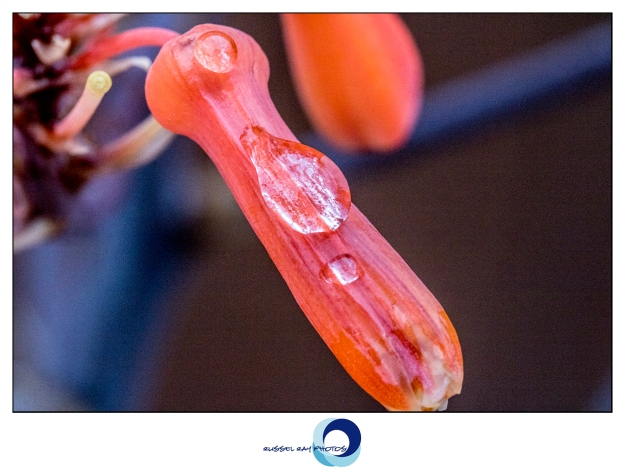 #3 — Raindrops on a succulent flower stalk 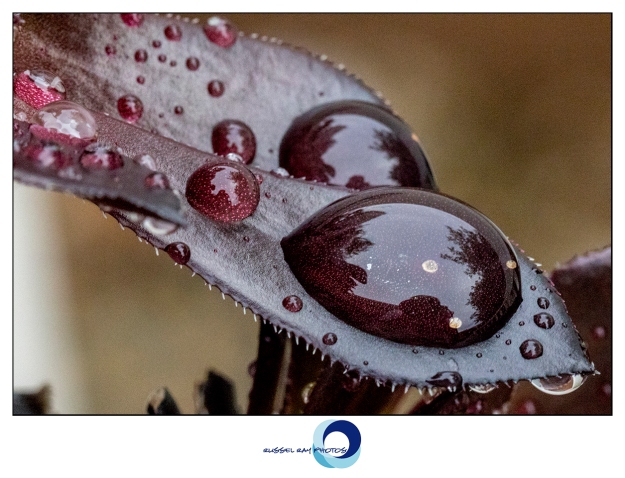 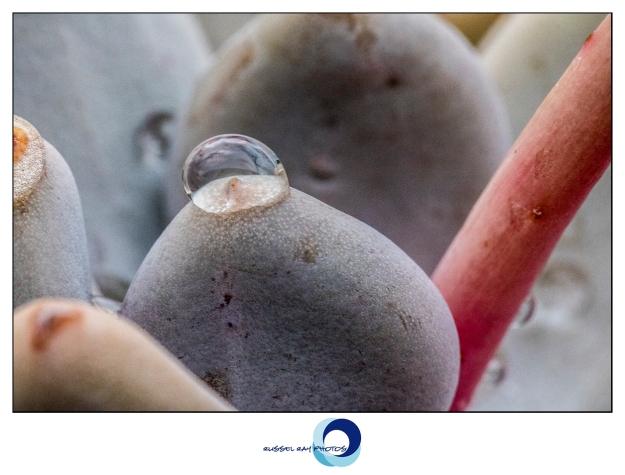 I have been working tirelessly on getting a good inventory of Designer Pots for my new company, A+R POTTERY. There are about 50 completed pots, some of which will be kept as display pots to provide inspiration for those looking to buy but wondering what to do with such a small pot. Remember that my tagline is Designer Pots For Your Small Cactus And Succulents.

I shall be selling at cactus & succulent shows throughout Southern California. There are 15 such shows through August 12, although I don’t know if I’ll be able to participate in all of them. I sure would like to.

In order to be a vendor at a show, though, there usually are two basic requirements: (1) One has to be a member of the Cactus & Succulent Society that is hosting the show, and (2) One has to enter anywhere from two to eight entries into the show. They don’t have to be competitive entries, but obviously a show has to have plants in the show in order to have a show. Makes sense.

Of course, members and even the general public can enter plants into the show, but of vendors, it is a requirement. Here are five of my Designer Pots with plants for entering shows:

#1
These plants are stonecrops, so I call this my Stonecrop Swimming Pool. 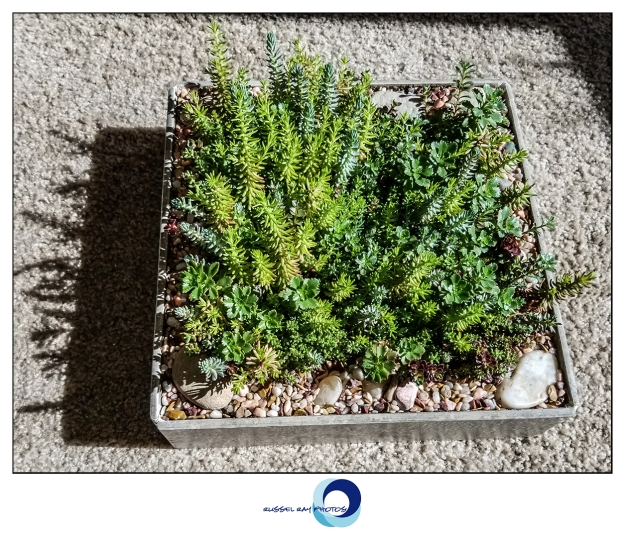 #2
The larger plant at the back is Graptoveria olivia.
I bought it from a person on Facebook that I met
in the Cactus & Succulents Marketplace group. 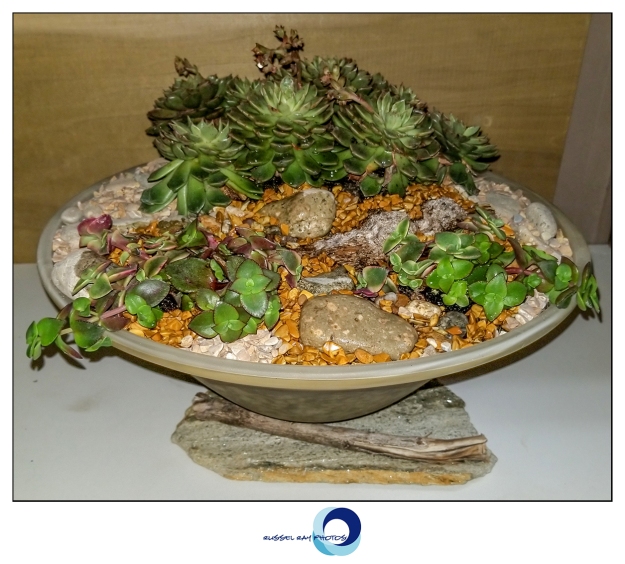 #3
Many shows have auctions with the proceeds going to scholarships,
libraries, or special functions. It’s a great way to get publicity.
This one will be donated to the Benefit Auction on April 14
for the San Diego Cactus & Succulent Society,
which benefits their scholarship fund.

#4
Many people don’t like “scraggly” plants. I’m a big fan of them.
They look so cool hanging over the edge of one of my Designer Pots.

#5
This is Crassula corymbulosa (Red Pagoda).
This one will be entered into show competitions.

#6
These five plants are Aloe varieties.
I call this Aloe Avenue.
It will be for inspiration only display.

#7
I call this one Cactus Condominiums.
It also will be for inspiration only display.

#8
Lastly, I like this one so much
that I will be making more of them today and tomorrow.

Each Designer Pot is different and numbered, so even if I make more starting with the same San Diego tile, the glass pot and frame on each one will be different, making each pot unique.

Jim’s brother, Steve, had a stroke on March 19 and spent a couple of weeks in the hospital and rehab after successful surgery. Steve has a cat named Ninja. Since he lives just 120 miles from us, the Jim & Russel Rescue Service sprang into action and took Ninja in to care for her and love her while her daddy is recovering. Ninja will be returning to her daddy this coming Friday. Ninja is an older cat, and quite large. I call her Ninja the Visiting Fat Cat. She and Zoey the Cool Cat don’t really like each other but they do tolerate each other.

Here are a few pictures of Ninja the Visiting Fat Cat:

It took a little while for Ninja the Visiting Fat Cat
to get comfortable in her new home.
She did that by creating bed tunnels
to hide in while she was acclimating. 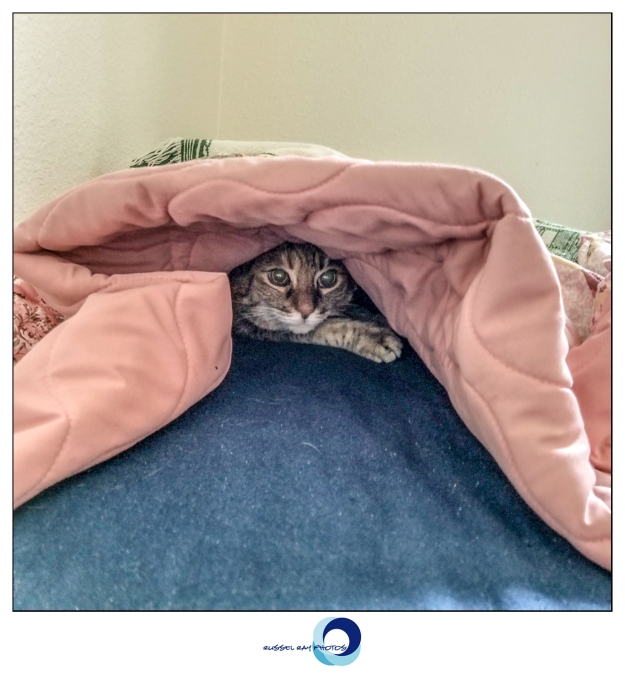 Eventually they were able to get pretty close to each other
without growling and hissing. 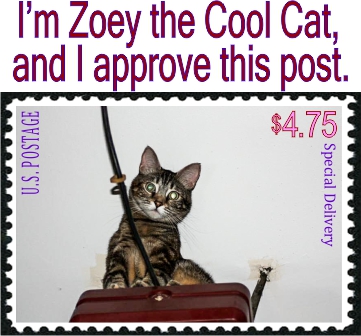