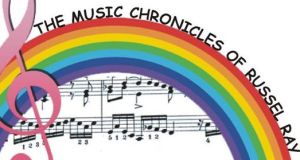 This being the first Christmas since 2001 that I have had a new job that requires at least 40 hours of my time each week, I thought we’d explore songs about work.

Everyone probably knows Johnny Paycheck’s 1977 hit, “Take This Job & Shove It,” a sentiment that definitely does not apply to my new job working with Amazon.

Tennessee Ernie Ford had a hit the year I was born, 1955, with “Sixteen Tons.” I sang this song in the school talent show when I was in seventh grade.

A good song about what to do after work: “It’s Five O’clock Somewhere” by Alan Jackson and Jimmy Buffett.

“Five O’clock World” by The Vogues, released in 1966, probably is the first time that I can remember hearing the phrase “it’s five o’clock” and understanding what it meant.

Perhaps my favorite of all the songs I considered for this post is Bachman-Turner Overdrive’s “Taking Care of Business” from 1974. Rise & shine, rinse & repeat, day after day after day…. 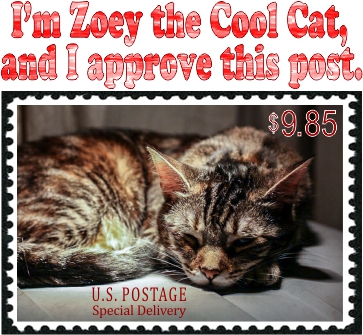 It was a long seven days last week, ending with the purchase of a new car.

Our 2002 Toyota Camry finally gave up the last week of July so we were scrambling to find a car that we liked. Jim and I had been driving his mom’s Honda Civic for about a month but there were several things we were not enamored of. 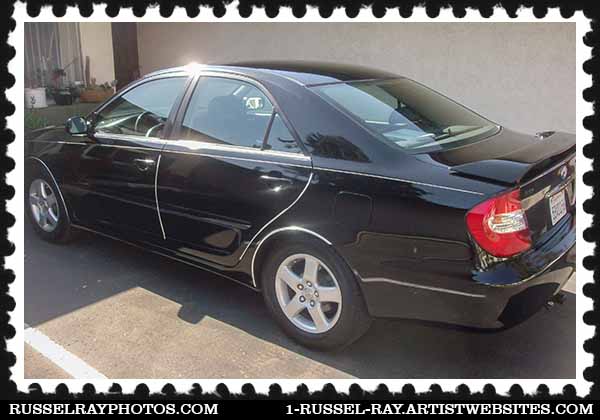 First, it was a two-door, and the doors were heavy. They also were long, so the seat belts were waaaaay back there. Getting into the car and belting up was inconvenient at best and a real hassle at worst. Opening the door, especially if one was on a slight uphill or right-side-down slope was difficult at best. 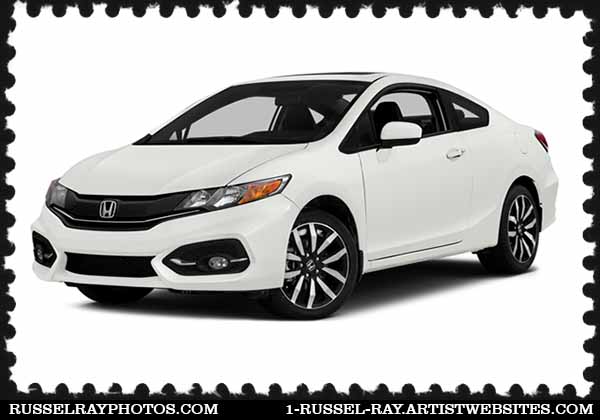 The Honda also had a digital dashboard display. Yeah, it looked cool, but if the sun was coming in from behind, in the southwest quarter, there was no way you were going to see that digital display. Made early evening driving home from the beach difficult. If not for the cruise control, I would have worried about speeding since I couldn’t read the dashboard speedometer.

Gas mileage for combo city/highway driving in the Civic was right at 29 miles per gallon. We liked that. In fact, we liked it so much that I am officially declaring that, as of September 1, 2015, the days of my infatuation with high horsepower, low-gas-mileage muscle cars officially is over. My next car goal in life is a Tesla at 100 miles per gallon. I didn’t know it even used gas at all! (Note: They don’t use gas. They are completely electric, so its actually 100 miles per gallon “equivalent”).

I also am declaring my days of dark-colored cars to officially be over. No more black. No more red. No more dark blue. Sadly, no more Texas Aggie maroon…….. It’s either white, light gray, or silver. Dark paint doesn’t do well in 11 months of hot, dry San Diego sun.

So when we went looking at cars, we initially started at the independent used car dealerships since there are about a billion of them within five miles of home. Buying a used car would mean that the immediate depreciation resulting from driving a new car off the dealer’s lot would have been absorbed by someone else.

Then, last Thursday while reading the San Diego Reader, our weekly newsmagazine, I saw an advertisement for Nissan offering leases for no money down. That’s when it hit me that Jim and I had leased a Nissan Maxima and a Nissan Altima in the early 2000s. We were quite satisfied with them, more than happy.

However, Nissan’s dealership is the farthest away out of the major car manufacturers. Honda and Toyota are just a hop, skip, and a jump across the freeway. Being familiar with Toyota, we went there first.

Although we had been driving the Honda for four weeks, I was still quite comfortable with the interior layout of the Toyota. I specifically like the positioning of the cruise controls. I can’t drive without cruise control, and the controls must be easy to use.

We wound up getting a Toyota Corolla LE Plus. Good gas mileage was my #1 goal, and the Corolla was rated at 29/38. 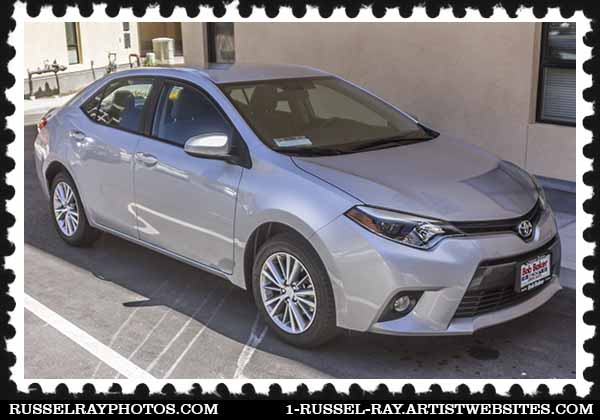 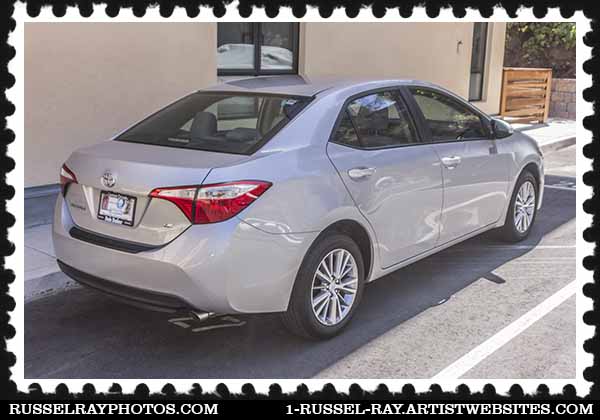 The one thing that I don’t like about the Corolla:

Lastly, I do think the custom license plate is pretty cool: 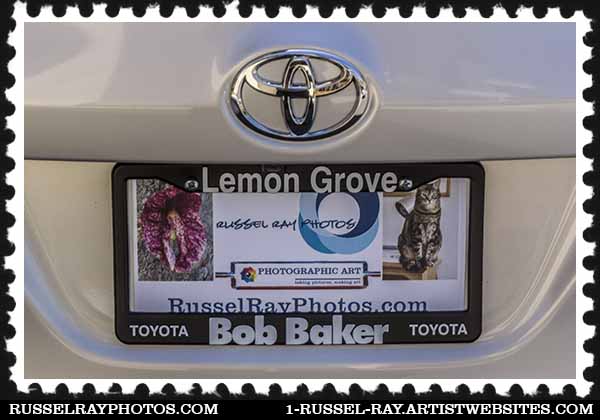 Sadly, I won’t get to keep the custom license plate once the car is registered with the State of California….. 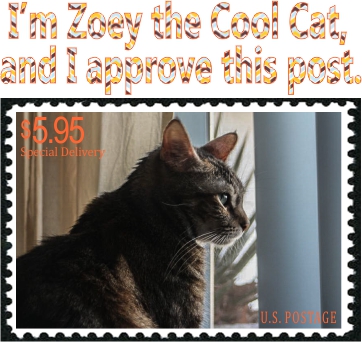