I have been a member of the San Diego Zoological Society for many years, mostly because the cost of an annual membership is just twice that of a one-day visit. Just one visit a year, then, to the Zoo and to the Safari Park pays for the membership.

More important than that, though, is that I can go anytime I want and spend just a couple of hours, not feeling it necessary to try to see everything and do everything to get my money’s worth.

I have found that by going at different times of the day at different times of the year, I can see things that often are missed on just a one-day visit, specifically the various Ambassadors. Ambassadors are not what you might think; they are not human. They are various animals that the Zoological Society uses for educational purposes at schools and various other events. At any specific visit, you don’t know whether or not you’ll see an Ambassador, or which Ambassador it will be.

At various times I have seen echidnas, alpacas, cheetahs, and mccaws. At a recent visit I was privileged to see a golden eagle (Aquila chrysaetos) Ambassador and got some great pictures which I share with you today. 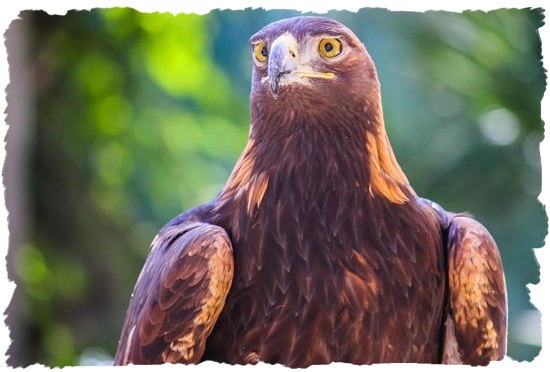 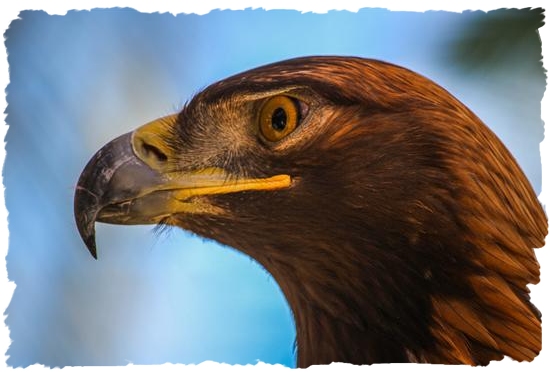 This golden eagle was rescued from the wild where it had been injured. Although it has been rehabilitated, it has also been imprinted. Imprinting happens when people feed a wild animal with the result being that the wild animal no longer understands that it needs to hunt for food. Instead, it sees a human and believes that the human will give it food. That, of course, makes it dangerous for an imprinted bird to be out flying about where it might see humans.

Find other posts in my Picture of the Moment series by clicking on the logo at the upper right.