I have been doing landscaping, both paid and unpaid, for fifty years, all of it in flat, dry, desert conditions between sea level and 338′ above sea level.

Consequently, I’m discovering that plants that I grew very well at lower elevations just are not happy out here at high elevation in the East San Diego County boondocks. It’s understandable since we have had lows of 28°F and highs of 118°F. The highs are more prevalent than the lows; just two consecutive days of freezing temperatures but, so far, 63 days of temperatures above 100°F and 21 days above 110°F.

The poor plants are sunburned or just barely existing, so I’m in the process of pulling out the plants that are not doing well, mostly aeoniums, and replacing them with ferocactus, red-spined barrel cactus. I have several that are doing spectacular out here, and I like the effect of the red spines.

I’m buying more to fill in where the aeoniums were. I like the effect, as seen below, which I believe are Ferocactus cylindraceus: 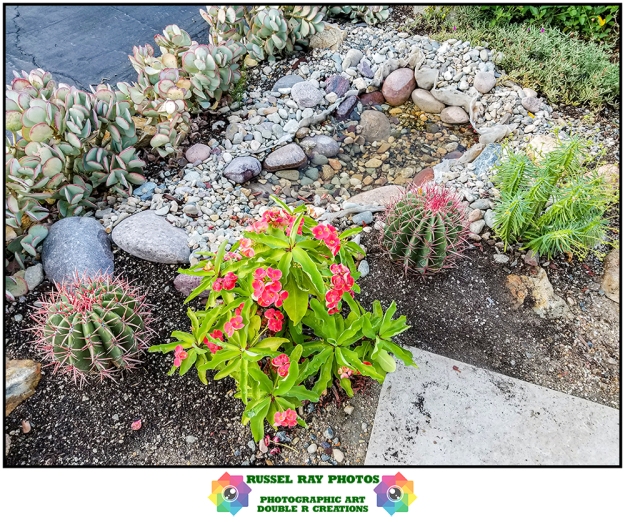 On Monday I’m getting about twenty Ferocactus wislizenii. Here’s the picture provided by the nursery: 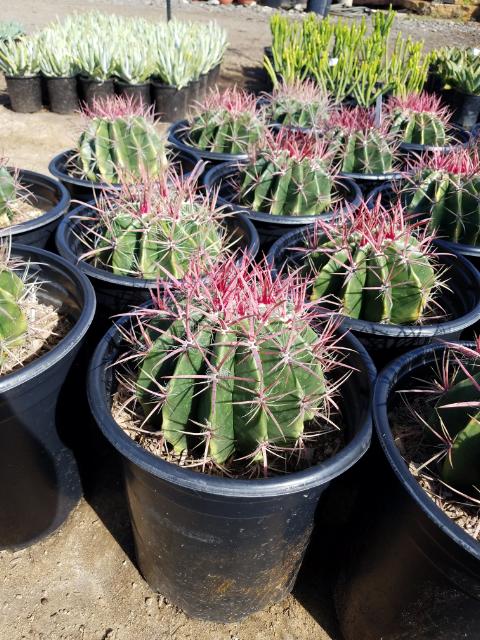 24 thoughts on “When things don’t work out as planned”