When President Carter signed the extension of the Freedom of Information Act in 1978, I went to Brigham City, Utah, looking for information of my youth in 1962-1965. I found a lot, so much so that the Courthouse officer who completed my request called me “one of Utah’s greatest juvenile delinquents.” He gave me 39 legal pages, single-space typing, documenting my juvenile life in northern Utah.

When I was in Brigham City in July 25, I went looking for my old stomping grounds, defined as places I lived and places where I practiced my juvenile delinquency. One of the places I practiced was the Church of Jesus Christ of Latter-day Saints. 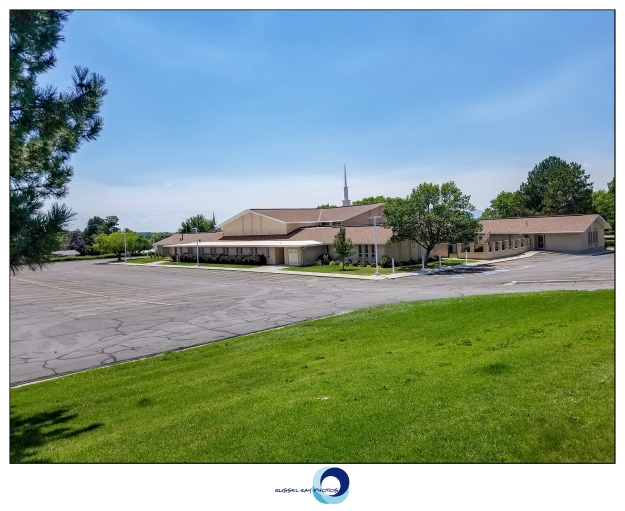 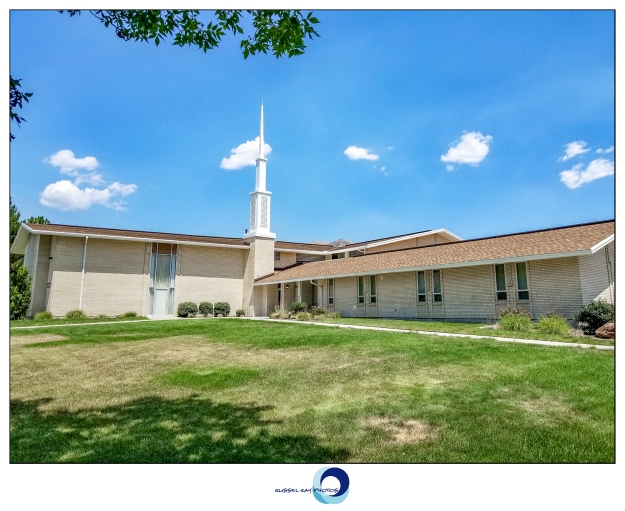 I used to steal lots of food out of the kitchen, money out of the offering plates, and anything else that could feed me since I didn’t get much food at home. Checks come to mind. I stole some checks at the church out of a coat hanging in the coat closet and proceeded to write bad checks throughout the city…. at the age of nine.

I found documentation of one of my weekend check-writing escapades on the front page, albeit below the fold, of the Box Elder Journal newspaper for January 23, 1964. 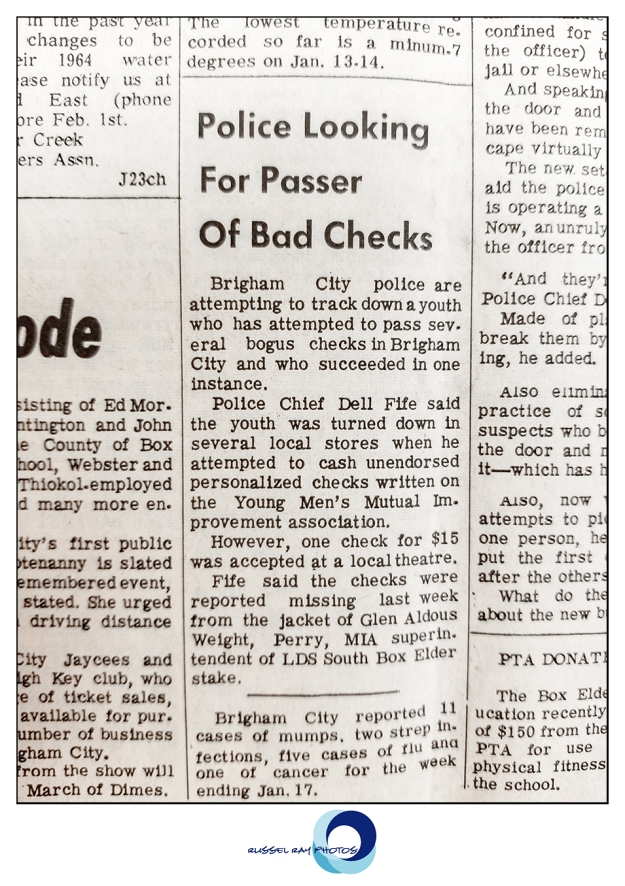 I firmly believe that the only reason I’m not in prison for life or dead at the hands of a Utah law enforcement officer is because the State of Utah took me away from my alcoholic mom and stepdad in August 1965, and my wise old grandmother adopted me in December 1965. She laid down the law, giving me both love AND discipline. She told me the rules, told me what would happen if I broke a rule, and kept to her word. It only took me twice to learn that she was serious.

She had me for 7½ years, and by the time I graduated from high school, she had made a fairly decent person out of me. 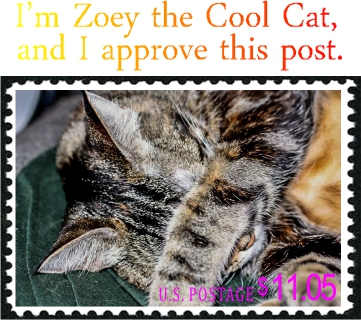