When Douglas Manchester bought the San Diego Union-Tribune in 2011, he turned it into a political and family newspaper, but only his politics and his family. I had subscribed to the paper for 17 years, but one day when the paper arrived, the whole first section, including the front page, was about his family, their high society doings, a relative’s wedding…….on and on. I canceled my subscription that day. While newspapers everywhere are hurting, I noticed this morning that subscriptions have fallen to 250,000 in a city of 1.4 million.

Even though Manchester sold the paper in 2015, I have not returned. He forever soured me on the Union-Tribune. Sometimes I miss it because I rarely am ahead of current events, which means I don’t know about what is going to happen in the near future. It has to happen and make Facebook so I can find out about it, or I have to accidentally stumble upon it. Such was the case with the Sunset Seat in Del Mar, which had a ribbon-cutting ceremony on April 28, 2015: 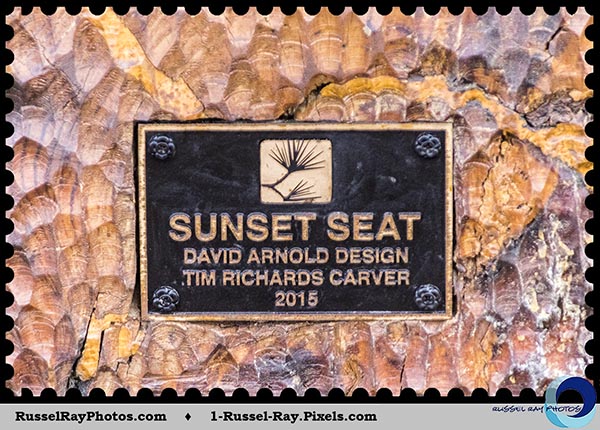 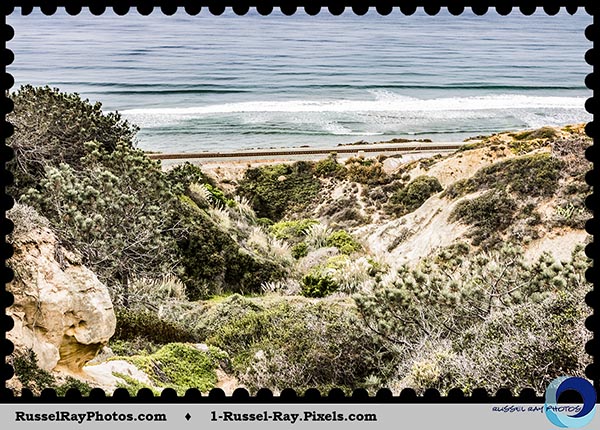 The Torrey Pine that became Sunset Seat was in the process of being cut down when a Del Mar resident asked the tree choppers to take a break while she made phones calls to try to save the tree. The result of her phone calls is the Sunset Seat, where one can sit and just enjoy the views. The bird watching over the Sunset Seat is a red-tailed hawk, the official bird of Torrey Pines Reserve.

In March 2016, the City of Del Mar a cluster of bark beetle traps to try to abate the damage being caused by the bark beetles. The funnel traps release a specific pheromone to lure the bark beetles. When I was there it was obvious that the traps were doing their job.