snip-pet: a small piece of something 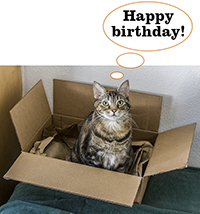 We have rain, thunder, and lightning here in San Diego for Jim’s birthday.

I reminder readers of the following facts:

It’s July.
Middle of July.
In San Diego.
Southern California.
It rarely rains here, much less in July.
The last time it rained in July was 1992.
Wait.
I was still in College Station, Texas, then.
IT’S NEVER RAINED IN JULY IN SAN DIEGO!
This is completely unacceptable.

Jim is off work this weekend so we are having a birthday weekend instead of just a birthday.

Yesterday evening we went to the San Diego Night Time Zoo. That’s when the Zoo stays open an extra four hours, until 9:00 p.m. Along with entertainment (music, magic….) throughout the Zoo (wonder how the animals like that….), it’s a great time to see some animals that only come out or become active at dusk. Such as the Fennec Fox (Vulpes zerda). 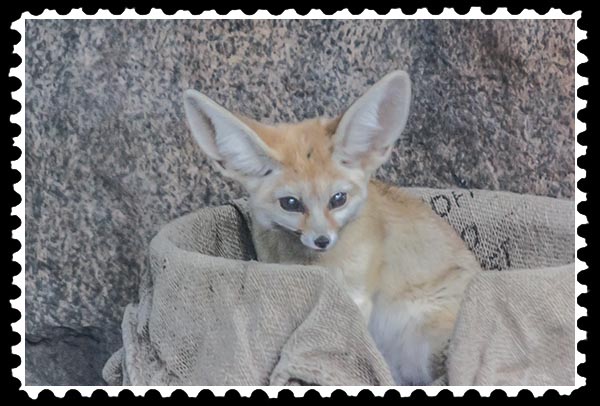 At a maximum weight of 3½ pounds, the Fennec Fox is the smallest canine in the world. It lives in the Sahara Desert of North Africa. Its coat, ears, and kidney functions have adapted to high-temperature, low-water, desert environments, and its hearing is sensitive enough to hear prey moving underground. It mainly eats insects, small mammals, and birds, and is itself eaten by the eagle owl. 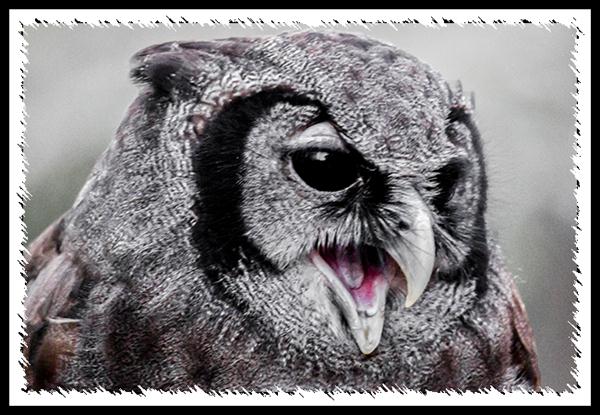 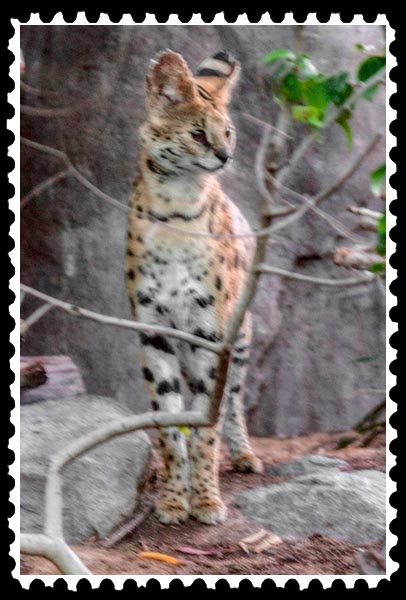 The Serval is a slender cat with long legs and a fairly short tail with a maximum weight of 40 lbs. It also is native to Africa, south of the Sahara Desert.

The Serval at the Zoo is a mommy. Two little ones born earlier this year. They were just as playful as all little kitties are. Jim and I stood there for thirty minutes watching the little ones play with each other and with their toys, although I think their favorite toy was a pine cone that had fallen from the tree. 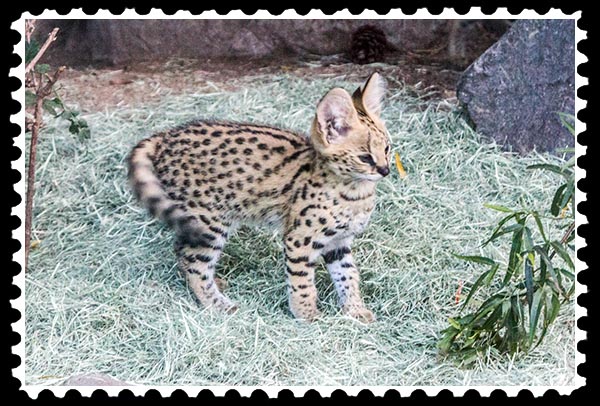 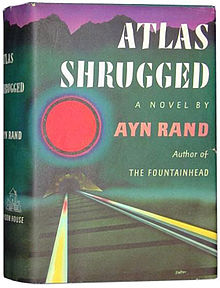 This past week I watched three futuristic movies based on a book that Republicans seem enthralled with: “Atlas Shrugged” by Ayn Rand. “Atlas Shrugged,” along with her previous book “The Fountainhead,” developed the philosophical system now known as Objectivism.

According to Wikipedia, “Objectivism’s central tenets are that reality exists independently of consciousness, that human beings have direct contact with reality through sense perception, that one can attain objective knowledge from perception through the process of concept formation and inductive logic, that the proper moral purpose of one’s life is the pursuit of one’s own happiness (rational self-interest), that the only social system consistent with this morality is one that displays full respect for individual rights embodied in laissez-faire capitalism, and that the role of art in human life is to transform humans’ metaphysical ideas by selective reproduction of reality into a physical form—a work of art—that one can comprehend and to which one can respond emotionally.”

Are you as tired from reading that as I am?

One of the things that my wise old grandmother (picture ►) taught me 40 years ago is that if you want to see how something will work in reality, take it to its extreme. That has always worked for me, and I think it works with Objectivism, Capitalism, and Socialism.

Objectivism seems to be where the Republicans want to take us, privatizing schools, roads, libraries, food (Monsanto comes to mind) and everything else in the world, which pretty much would be total and complete Objectivism with the rich controlling anything and everything.

Unbridled Capitalism comes very close to Objectivism, in my opinion, but I don’t know of any country anywhere, past or present, that subscribes to unbridled Capitalism. Rather, in capitalist economies, the parties to a transaction typically determine the prices at which they exchange assets, products, and services. Note the word “typically” there. Governments often get involved in capitalism to prevent things like gouging during natural disasters whereby prices for food and water are not allowed to increase exorbitantly due to demand caused by the situation.

Lack of any government at all would, I think, result in Anarchism, no better than Objectivism or Capitalism. 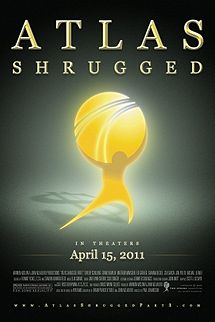 Yes, life is not fair, but do we really have to capitalize (pun intended) on that unfairness? Surely intelligent humans can find a happy middle ground that would allow the rich to stay rich, the middle class to have the opportunity to become rich, and government to be able to provide for all of its citizens in terms of transportation and education but also including the unemployed, the sick, the homeless, and the hungry. 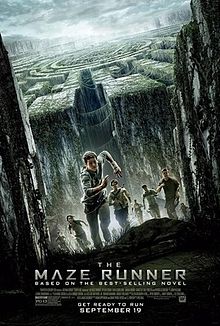 Once you finish those three moves, go a little further to the extreme and watch “The Maze Runner.” All four movies also provide a view into society and what the future might hold as the climate changes, manmade or not.

However, if you’re still confused about the role of mankind in climate change, think about this:

The Holocene interglacial period, which is what we are in now, began about 11,000 years ago. The population of Earth at that time was about a million people. Now fast forward to July 18, 2015, where the population is 7½ billion people. Climate change happens. We know that. With all we are doing in terms of manufacturing and such, and the results of 7½ billion people using the products of that manufacturing, can we really say that we are not having some effect on the climate of the Earth, perhaps causing climate change to get here sooner rather than later? Can we do something, or will be become maze runners? 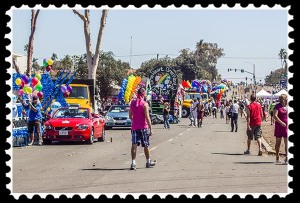 This is Gay Pride weekend here in San Diego. Started with the Stonewall Rally yesterday evening, continues with a huge 3-hour long parade today followed by a Festival, and continuing with the Festival tomorrow. Parties are everywhere, including Gay Pride parties at the San Diego Zoo and SeaWorld.

Jim and I are going to the San Diego Botanic Garden today and to the Gay Pride Festival tomorrow. 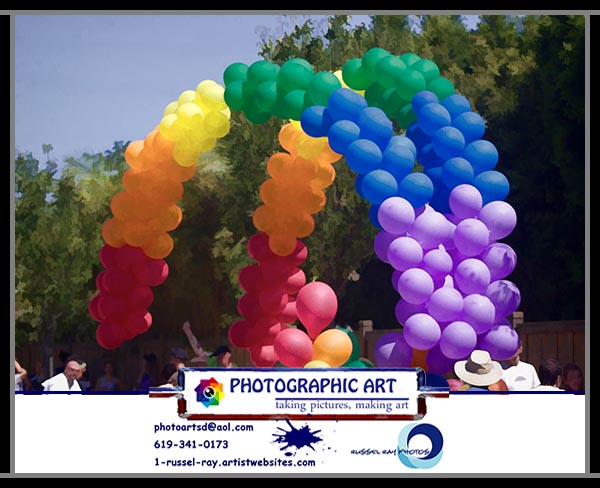 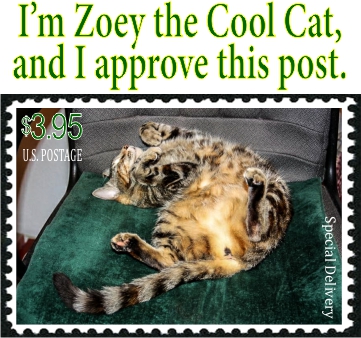