The Appendix, titled “Other Lives, Other Destinies,” includes this bit about Little Sorrel:

“Lost after the Battle of Chancellorsville [which is the battle where General Jackson was wounded, wounds which eventually caused him to contract pneumonia, from which he died about nine days later] the horse Jackson called ‘Fancy’ was eventually recovered by a Confederate soldier and sent to Virginia governor John Letcher, who in turn sent him to live with Anna Jackson [Stonewall’s wife] in North Carolina. The horse became a much-loved pet, famous for using his mouth to lift latches and let himself out of his stable. In Anna Jackson’s memoir she said that he would ‘go deliberately to the doors of all the other horses and mules, liberate each one, and then march off with them all behind him … to the green fields of grain around the farm.’ Fences proved no obstacle to him, either. He would use his mouth and muzzle to life off fence rails until the fence was low enough to jump over. He later lived at VMI [Virginia Military Institution, where Jackson taught before the War], where he grazed on the parade ground and was a favorite of cadets, and spent his last days at the old confederate Soldiers’ Home. His hid was stuffed and mounted and can be seen today at VMI.”

Of course, I had to search the Internet to see if Little Sorrel still was at VMI. Indeed, he is: 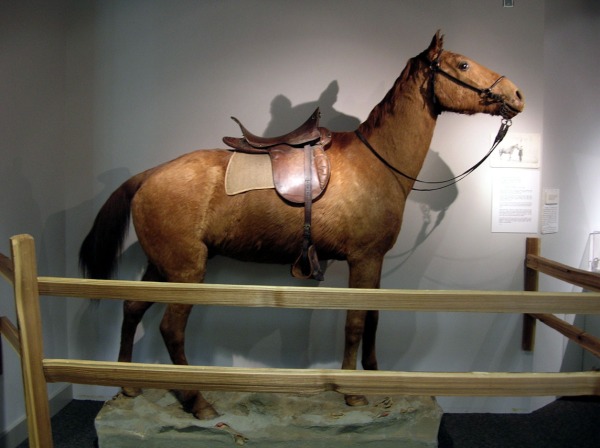 My dad killed an 18-point deer when he was very young. Granddad had the deer head stuffed, and it hung on the wall of the living room. I despised that thing. In 1968, my oldest uncle from Los Angeles, California, came home to visit Kingsville, Texas, for Christmas. He took the deer head back to L.A. with him. I was never so happy to see something gone.

Stuffed heads and animals are common interior decorations, especially in the South. Unfortunately, my favorite restaurant here in San Diego County, Famous Dave’s BBQ in Vista, has some stuffed animal heads in their restaurant. Fortunately, when I go with Jim and his mom and boyfriend, we always get seated far, far away from those stuffed animals.

Maybe I’ll have Zoey the Coot Cat stuffed when she dies…. 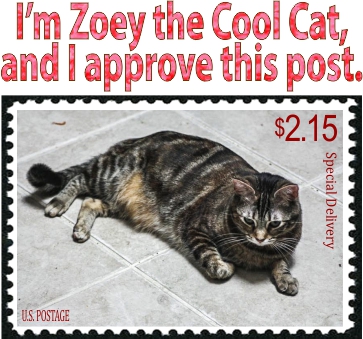