Today seems to be a big war day because on this day in history, the United States Military Academy was established, the Battle of Averasboro (North Carolina) occurred in 1865, President Reagan ordered troops into Honduras in 1988, United States troops massacred unarmed villagers in Vietnam in 1968 in what would become known as the My Lai Massacre, and fighting on Iwo Jima ended in 1945.

So maybe we need to explore some songs about peace for today’s Music on Mondays…. 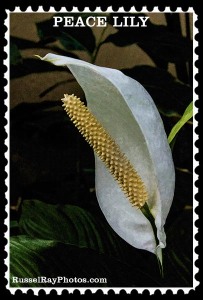 At the top of my list of songs about peace would be John Lennon’s classic hit “Imagine” from 1971. Imagine if there were no religion and no countries. No gods and no borders to fight over. The world might truly live in peace….

Surprisingly to me, “Imagine” only spent nine weeks on the Billboard Hot 100 chart, peaking at #3. That made me wonder what #1 and #2 were. So here’s some history:

In retrospect, I think “Imagine” has had a much longer shelf life than any of the other songs.

The rest of the songs are in no particular order. Just whatever came across my mind as I was writing this post.

“Get Together” by The Youngbloods

Come on people now, smile on your brother.
Everybody get together and try to love one another right now

“Get Together” original was released in late 1967 but only made it to #62 on the Billboard Hot 100. It was re-released in 1969 when it was chosen as the theme for the National Conference of Christians and Jews, making it to #5 on the charts.

Oh, I’ve been smilin’ lately,
Dreamin’ about the world as one

Cat Stevens probably is the epitome of walking the talk. In December 1977, Cat Stevens (neé Steven Demetre Georgiou) converted to Islam, adopted the name Yusuf Islam in 1978, and auctioned all of his guitars in 1979 and donated the money to charity. He left his music career to devote himself to educational and philanthropic causes in the Muslim community. He has received several awards for his work in promoting peace in the world, including the 2003 World Award, the 2004 Man of Peace Award, and the 2007 Mediterranean Prize for Peace.