In 1997, Jim and I visited Atlanta, our main interest being the site of the 1996 Olympics and Centennial Olympic Park bombing, and the CNN headquarters. 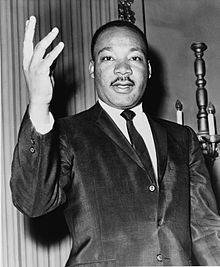 After our Atlanta visit, I considered The Martin Luther King Jr. National Historic Site, 35 acres, the most interesting place in Atlanta that we had visited—the Sweet Auburn Historic District, King’s boyhood home, and the historic Ebeneezer Baptist Church where both King Jr. and King Sr. were pastors.

When I went looking for such songs, interestingly I found two by a little Irish band called U2.

Whoever thought that such a historic man in the United States would be of such interest to a band from Ireland?

Interestingly to me, “The Unforgettable Fire” reached #1 on the album charts in Australia, New Zealand, and Britain, but only #5 in Canada and #12 in the United States.