When I came to San Diego in April 1993, I heard talk about the “marine layer.” Since my dad was in the Air Force, and I graduated from Texas A&M University with its 2,500-member-strong Corps of Cadets, I thought “Marine” instead of “marine.”

The marine layer is a weather phenomenon, not a people one. It’s a thick layer of clouds that rolls in off the Pacific Ocean as the sun goes down, often staying until noon the next day, depending on when Mr. Sun wants to heat up the air to get rid of it.

Here are two pictures of the marine layer rolling in over SeaWorld: 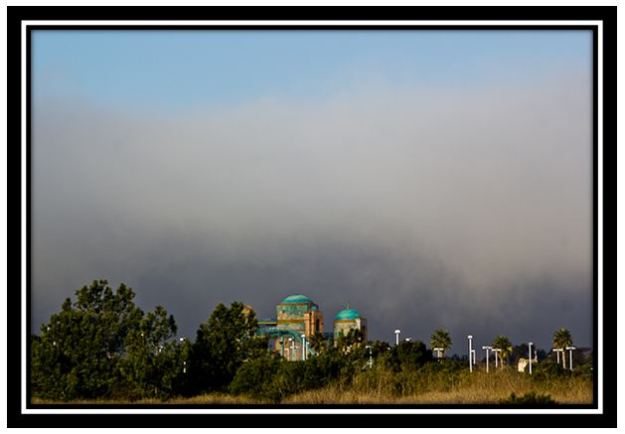 When the marine layer gets really low, as it is in those two pictures, you’ll find that the air is damp and you can’t see more than several feet in front of you. In my home state of Texas, we called it fog.

13 thoughts on “It’s a weather phenomenon, not a people one”