I just realized that I’ve been here in San Diego for twenty years! April 27 was the big 2-0 anniversary. If you want to read about how I arrived here, read these two posts:

One of the first things I noticed about the San Diego metropolitan area is that there is a lot of civic pride indicated by the fabulousness of city and neighborhood signs, such as in Encinitas, which wins the award for most awesome intersection: 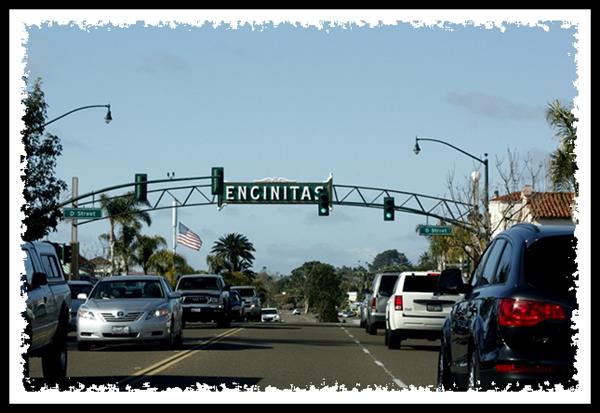 Eventually I’ll do a blog post about all the city and neighborhood signs, but I’m still in the process of collecting them.

Meanwhile, though, I’ll show you my favorite neighborhood sign because it made the news today. It’s the Ocean Beach sign as you enter Ocean Beach on Sunset Cliffs Boulevard coming off of Interstate 8: 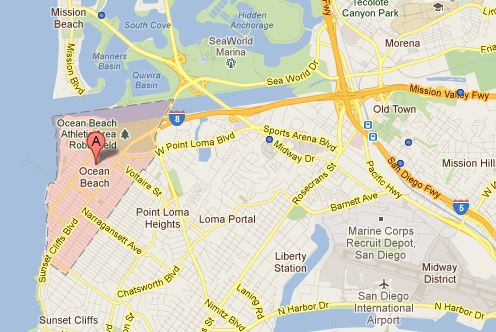 That sign was installed in 1984 at a cost of about $3,000. The sign is made mostly of wood, and being so close to the ocean, it’s been abused by the sun, salt air, and termites. The Ocean Beach Town Council decided to replace it and seek input from the community on a new design. Nothing was said about why they didn’t like the old design.

Twenty designs were submitted; four of them and the original design were submitted to the community via the Town Council’s web site. After several months of voting, it was pretty obvious that Ocean Beach liked their 1984 sign: 58% voted to keep the design. The second place design was nearly identical except for the addition of two parrots. I don’t know where parrots fit in at Ocean Beach; two Cannabis plants would have been more appropriate…………lol

Like Berkeley up in northern California, Ocean Beach is a place where time stands still. The shops are locally owned and managed, and if a national chain tries to move in, prepare for all hell to break loose, as happened a few years ago when Starbucks moved in. Halloween seems like a holy day, seeming to compete with Christmas and Easter. However, if you’re looking for a little beach town with a lot of funk — antique stores, bars, Deadheads, restaurants, musicians, activists, bikers, artists, and feral cats — head on out to Ocean Beach for a day and enjoy a different kind of entertainment.

For more on Ocean Beach, see these posts:

A night stroll down Newport Avenue in Ocean Beach 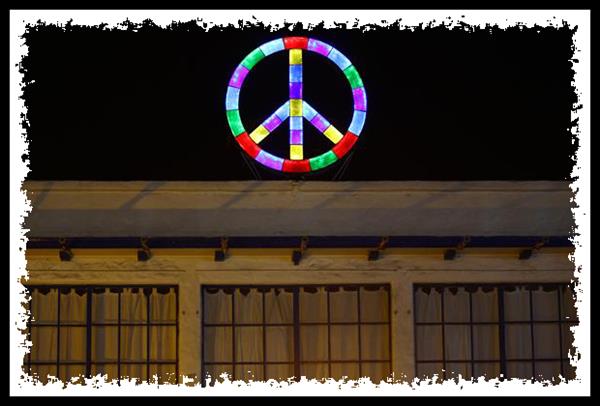