A few days ago I was exploring South County, along our only toll road, State Highway 125:

Known as the South Bay Freeway, there are not too many exits and entrances, it’s illegal to stop on the freeway shoulder, and the police do, well, police the freeway…. Makes it difficult to go exploring. However, I did find one spot where I parked the car and went exploring on foot, eventually finding the Mary Augustine Bridge: 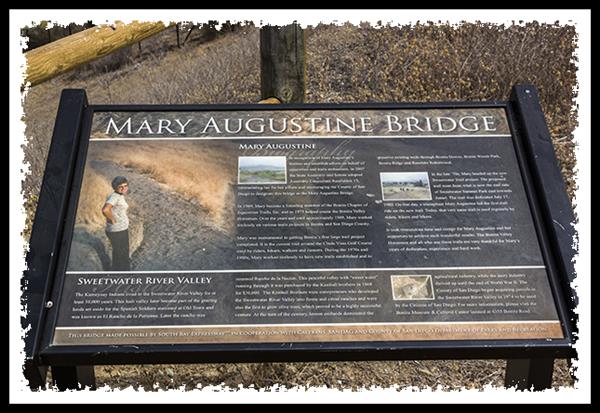 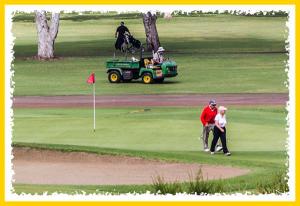 Bonita’s first large trails project was the current trail around the Chula Vista Golf Course and was a major project that Mary helped move along. Today it is used heavily by walkers, joggers, runners, bikers, and horse riders.

In the late 1970s, Mary headed the Sweetwater Trail project from the east side of Sweetwater Summit Park east towards Jamul. It was dedicated on July 17, 1980. Other major trails that Mary helped create include those through Bonita Downs, Bonita Woods Park, Bonita Ridge, and Ranchito Robinwood.

The Mary Augustine Bridge was dedicated in 2007. Here is a view of the South Bay Freeway from the bridge.

I found a few places to sit….

…and watch the wildlife:

Surprisingly, I saw no horses and only one person, a jogger:

I tried to find a map with the exact location of the Mary Augustine Bridge but was unsuccessful. You’ll just have to go explore the South Bay Freeway like I did!

19 thoughts on “The South Bay Freeway and Mary Augustine Bridge”